We are happy to announce that the July 2018 Hero Open Source Developer title has been awarded to Steph Gosling for his extensive work in the community, porting Sailfish OS to the Xperia X Compact.

The Hero Open Source Developer program was started in 2015 and works towards recognizing developers that have made significant contributions based on Sony’s AOSP for Xperia projects. Once every three months we select a new winner.

Steph Gosling is a SRE and scalability consultant based in London, UK. He has been a part of the Sailfish OS open-source community since 2011 when Jolla was launched, and before that the MeeGo and Maemo communities. 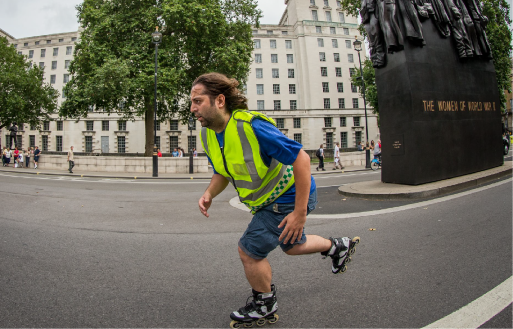 In 2017 at the Mobile World Congress, Jolla announced the Sailfish X based on Sony Open Devices Program, so he bought an Xperia X and helped with the community port. He then began working on the hardware adaptation for the Xperia X Compact based on the official Xperia X release. With the help of the community (especially @manizuca who did the kernel adaptation work) he merged the patches, sorted out the packages and pulled them into the Sailfish community build infrastructure. As a result, in 2018 he showcased his work and made it public.

Steph would like to thank the Sailfish OS porters community and Sony Open Devices developers.